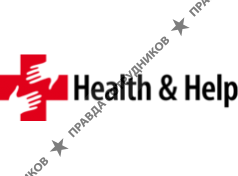 Health&Help is a charity project that raises money for the construction of a free clinic as well as aims to provide the local population in a remote area of Guatemala with medical services of high quality. It was founded in 2015 by Viktoria Valikova, a tropical medicine specialist from Russia, and Sergio Castillo, a medical professional from Guatemala. Volunteers from all over the world have been joining the project later on. The first Health&Help fundraising campaign was held on Boomstarter in winter 2016; the goal was met and total giving reached RUB1,327,465, or 110% of the target amount. The construction works are scheduled for July 2016 and will be undertaken by volunteers and the locals. The Clinic medical staff will also be working pro bono.

It has already been a year since we started our project on a clinic construction in Guatemala. Thousands of people have been helping us by making donations, sending packages, spreading the word on social media, and becoming volunteers. Finally, we are ready to go: we are in Guatemala and start construction works in July. There’s little left: we need to raise money for further construction works, for clinic’s routine functioning and setting up medical brigades.

We are starting the crowdfunding campaign on international platform. Support us by donating and sharing on social media:

Change the lives of 15,000 people for the better: http://bit.ly/hehe-together